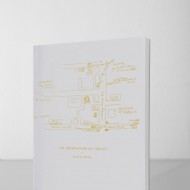 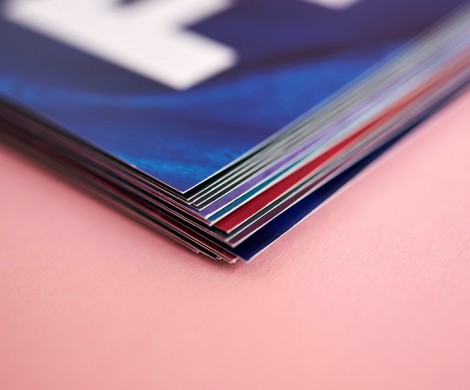 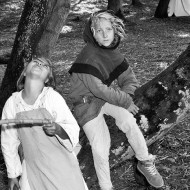 Photobook Zone is a meeting space not only for photobook lovers, but also for all the people who appreciate books and photography in its physical, printed form. We noticed how important publishing books has become for photographers in the recent years and we decided to offer the participants of Fotofestiwal an insight into the matter. Photobook Zone will feature 3 exhibitions. Two of them will be related to competitions: Paris Photo Aperture Foundation Photobook Award and Photographic Publication of the Year. These two extremely important presentations will be supplemented by a selection of books elaborated by the festival, entitled Have Book Will Travel, as well as by numerous meetings with photobook authors, including Polish and worldwide premieres.

Carlos Alba, The Observation of Trifles, book launch, ENG, 30’
Carlos Alba tries in “The Observation of Trifles” to bring his storytelling on how London foreign community moves within the city. There seems to be a patern where new comers seem to follow strange random small signals, encouraging then to meeting people until one eventually finds a his place in this metropolis.The artist, also a spanish immigrant, takes objects he finds on the streets, may it be a broken piece of ruler, a note or even a slide film. He turns them into pieces of visual archeology by bringing back the story behind them. His poetic combination of objects, portraits and landscapes open a magical and physical mystery feeling to its audience.

Adam Lach, Nibyland/ Neverland, book launch, leads Monika Szewczyk-Wittek, PL, 30’
Project “Neverland” is an observation of the daily life of the residents of the Września borough – a small area in the western part of Poland. It’s an ordinary story about life, emotions, relationships, and at the same time it’s a journey into a magical world, full of surprises. It’s also an attempt to define the contemporary dimension of a community and what shapes the identity of particular place and it’s citizens. Although in the global context Września borough it’s an unknown to anybody point on the map, it creates extraordinary space for events full of beauty, truth and closeness, constantly happening in every second of life.

Friso Spoelstra, Devils and Angels: Ritual Feasts in Europe, book presentation, ENG, 30’
For my photobook Devils & Angels, Ritual Feasts in Europe I scoured the European continent in search of ritual feasts.  In total, I ended up spending more then ten years compiling these strange and varied rituals. In the process, I visited gatherings in 15 different European countries. But these photos are about more than the feasts themselves. They are about a Europe that goes deeper than the politics of Brussels, of Strasbourg, of the struggling European Union. This project bring together stories and beliefs that underscore the individual uniqueness of the communities that make up Europe—as well as the surprising similarities and parallels that can be found across the continent. The focal point throughout is the immaterial cultural heritage of Europe, a heritage in which the local tradition remain visible.

Zofia Chomętowska. Albumy fotografki, book launch and talk, Magdalena Wróblewska i Karolina Puchała-Rojek, leads Paweł Szypulski, PL, 75’
The new book, Zofia Chomętowska: Photographer’s Albums, elaborated jointly by the Museum of Warsaw and Archaeology of Photography Foundation presents 597 photos collected in four albums: The Enthusiast (1912–1935), The Professional (1936–1944), The Documentalist (1945) and The Émigré (1946–1981). They reveal the subsequent stages of the artist’s biography, and her creative output relative thereto, shaped by the political climate and by the search for appropriate means of expression. The meeting during the Fotofestiwal will provide an opportunity to discuss the methods of constructing a narrative in photobooks, in particular in those presenting historical photographs from museums or archives. What does photo editing look like when the author of the photographs is dead? Is it possible to create a good photobook comprising archival photographs?
The meeting with Magdalena Wroblewska (Museum of Warsaw) and Karolina Puchała-Rojek (FAF) will be hosted by Paweł Szypulski.

Brian Griffin, Himmlerstrasse, book presentation, ENG, 30’
Brian Griffin photographed the railway tracks in Poland that transported prisoners from around Europe to the Nazi extermination camps during WWII. From the railway leading to Hitler’s Eastern Front military headquarters at the Wolf’s Lair, to the State Rail System leading to the camps of Belzec, Chelmno, Sobibor, Stutthof and Treblinka. Griffin’s haunting landscapes are an emotional and personal photographic journey that represents the relentless brutality and inhumanity of the Holocaust.

Dima Gavrysh, Inshallah, book presentation, ENG, 30’
Inshallah (›God willing‹ in Arabic) explores the Soviet and American occupations of Afghanistan, and draws on my childhood fantasies that romanticize the military and intertwine with my past and present personal conflicts. As a Ukrainian, who was born and raised in the FSU and residing in the US, this is the second time that I live in a country that is fighting a war in Afghanistan. I create a dark fairytale filled with my fears and dreams, based on my fascination with the army’s strength and order, set on the front lines of what has become America’s longest running war in history. Mesmerized by the complexity of the Afghan chaos, I strive to better comprehend my personal relationship to these wars: two empires, two mentalities, same battlefield, twelve years apart.« Dima Gavrysh

Łódź Film School Students, TON, magazine launch, PL, 30’
TON is a photographic magazine created by the students of the National Film School in Łódź, under the supervision of Bartłomiej Talaga. The objective of its creators is to bring the readers closer to photography which can be experimented on, touched and viewed in search of hidden meanings. The magazine constitutes a kind of visual game, play, graphic variation and at the same time, an overview of modern photographic works, new approach and perspective.

Wiktoria Wojciechowska, Short Flashes, book presentation, PL, 30’
During her time in North East China, Oskar Barnack Newcomer award winner Wiktoria Wojciechowska photographed intrepid, rain drenched cyclists as they fleetingly passed her by during the typhoon season. Although in China Wojciechowska had found an unexpected sense of home, she also found it eternally difficult to connect with people. Influenced by the words of Polish novelist Wiesław Myśliwski, Wojciechowska set out to capture a physical reference to the human faces that sped past her, using a flash on her camera. The result is a collection of photographs that are initially exciting, vibrant and seemingly playful, but infact embody a melancholic metaphor for a wistful sense of place. The work exists as a typological document and, as Wojciechowska describes, a collection of faces for memory, building ‘a new family album to remember the people she never knew’.

4 PM Booktalk– Photobook and narrative of the journey, ENG, 50’
room A_22, Art_Inkubator, Tymienieckiego 3