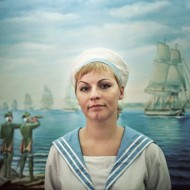 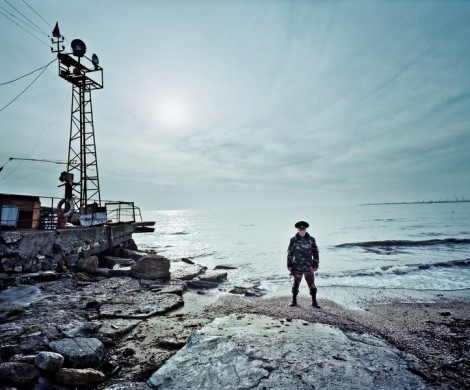 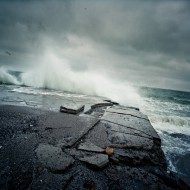 The surface is covered with cracks and rust-colored patches but it is still firmly set in the ground. It is like a prick of conscience in the fable-like landscape of the Black Sea. It reminds that changes happen only slowly. It’s like Ukraine which is very keen to change but somehow it fails to. As if the concrete not only filled an external but also internal space. Only a few years passed from the Orange Revolution and people have already lost their hope that it would succeed, that they may be better off. They are confused and tired of political chaos. They were not better off in the past. It is true. But there was an order. And now their lot has not improved and there is no order either. – Let Eastern Ukraine along with Crimea return to Russia, and the Western part of the country join the European Union – says Alexandr (25) sipping his beer by the sea in Alushta. Once the whole Soviet Union would rest in Black Sea resorts. Soviet va- cationers left behind Soviet architecture, mentality and sentiment.