The authors of the Fortepan online gallery have decided that one cannot allow old, forgotten photographs to vanish forever. From among a few dozen thousands of anonymous images which they had been collecting for years, they have selected, scanned and catalogued a total of 22 758 pictures, publishing them online on the project website.

The Fotofestiwal has gone one step further. It has reinterpreted and created the artwork for the 12th edition of the festival by using a unique gallery of photographs taken by nameless authors, showing unknown locations and unidentified individuals. The result? 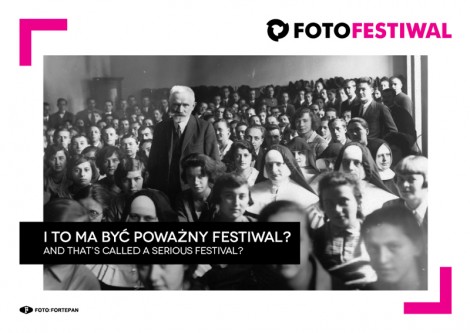 During our search for the part of our exhibition dealing with amateur photography, we have found the Fortepan website www.fortepan.hu, where we have spent several days, evenings and nights, enchanted by the images conjured up on the screen. Thousands of pictures, ordered chronologically from the beginning until the end of the twentieth century, capture the imagination not just through the stories they tell, but through the artistic value of the images themselves. This is something that deserves to be seen.

The authors of the website – Hungarian photography aficionados. They want to bring about a change in thinking with regard to collections of this sort. ‟These initiatives are aimed at the creation of a new archiving paradigm, based on openness, dialogue and participation, which stands in contrast with the traditional values associated with archives, such as discretion, permanence and immutability.”

The messages relating to the 12th edition of the Fotofestiwal are not only intended to convey information on the cultural and entertainment value of the festival – they are also a commentary to the flow of online information, a wink to an educated audience and a challenge to the existing forms of cultural communication. In addition, they also convey a statement on photography as such. 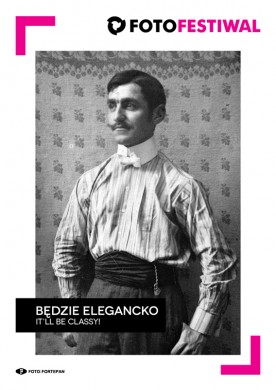 As a non-profit organization and, more importantly, as a group of young people searching for innovative solutions, we wanted to prove that it is possible to set new standards at an international level, elaborating upon this year’s theme of our festival: amateur photography. Some of the pictures available at www.fortepan.hu have been made available to the website owners by the families of their authors under a creative commons license; the copyrights with respect to other images have lapsed many years ago.

The use of those images for communicating with our audience allows for an extension of the scope of discussion with respect to the freedom of information, remix culture and the upheaval in the process of information exchange in the age of the Internet. We have already heard of free film, free music, free art and free literature. Time has come for a change in the philosophy of PR communication, perceived today as an exclusive product which increases in value as it becomes associated with a famous author. In addition, we want to show that even photography – a realm traditionally bound by licensing restrictions – is now opening its gates to creative minds. Old does not equal outdated. And so we have combined 100-year-old photographs with the communications language and thinking patterns of the 21st century Internet users. We now make the resulting collage available to the public, using it as an invitation to our festival and hoping that it will spearhead an expansion of horizons with respect to communication, the media and to specific strands of thought in the world of art.

Come join us at the 12th International Photographic Festival in Łódź – where things get classy!