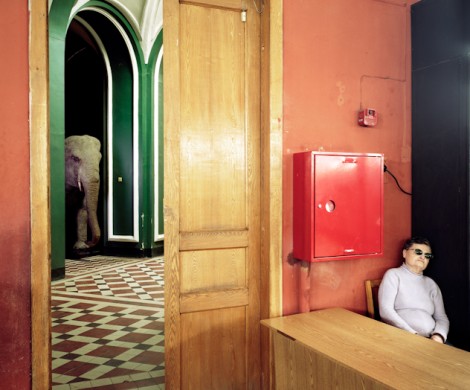 Time in Between – Narrative Scenes

Frank Herfort’s photographs are personal invitations to explore self-contained worlds that startle with rich detail and vibrant color. Based in both Berlin and Moscow, Frank has made exploring the contrasts and contradictions of life in contemporary Russia a central focus of his artistic work. Whether situated in the austere, crumbling remains of Soviet society or the opulent homes of modern Russian oligarchs, the spellbinding results demonstrate a singular talent for documentary storytelling. These immersive environments intrigue with people and riveting places seemingly caught out of both time and context.

Frank Herfort was born in Leipzig in 1979. He began his adventure with photography in 2000, when he decided to study photography and visual communication at the HfbK in Hamburg. Four years later, he went on a scholarship to London to look for new experience. Since 2006 he has worked as a freelance photographer, living in two places almost simultaneously. He shares his work between Berlin and Russia, which continually provide him with inspirations for his artistic development. Frank Herfort has a keen eye for stunning settings and his skills are highly appreciated by many advertisers. The works of this artist are exhibited in galleries all over the world.