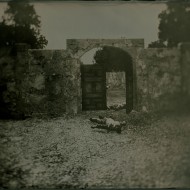 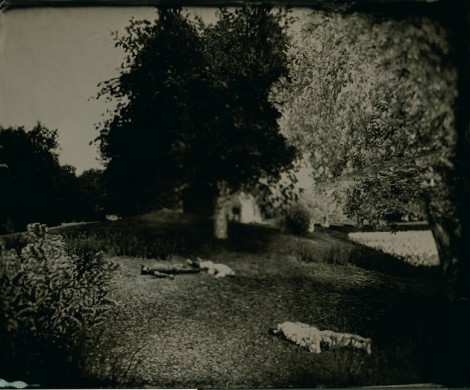 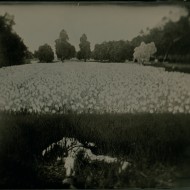 The Harvest of Death v.2

As an exploration of the increasingly enmeshed spheres of combat virtualisation, online gaming and remote warfare methods I entered into the world of online “First-Person Shooter” games as a “virtual” photographer of simulations of contemporary combat scenarios in Iraq, Afghanistan, the Balkans and South East Asia. I imagined myself in the position of the earliest war photographers such as Alexander Gardner and Timothy H. O’Sullivan, taking the sort of “photographs” that they might have done to document what had occurred in these virtual worlds, and then re-photographed the resulting colour prints onto metal plates using the wet-plate collodion technique using an 1850s lens.

Karl Burke (1969) started photography in 1987 as an amateur while studying law in college. Practiced law as a solicitor for several years then left legal profession to set up a studio writing music for film, TV and commercials. Set up a record label and released 2 albums and 4 eps of original material. Left studio in 2008 to concentrate on photography full-time as a freelance, published in most Irish national newspapers. Has taken part in 17 solo and group exhibitions in Ireland, USA and Germany. Current work is focused on fine art photography searching for the underlying threads connecting science, the self, and notions of reality.