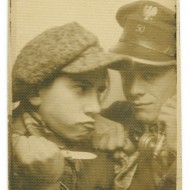 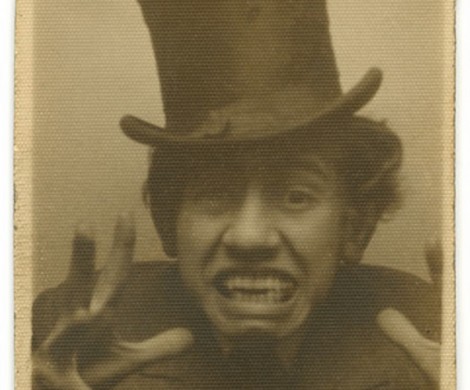 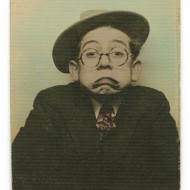 Shleoma Rotenberg may have been just passing through Łódź. He may have been a cheerful young man aspiring to become an actor. A girl may have kept him company. His name was probably Shleoma Rotenberg, he was a Jew born in Poland who studied in France, spent most of his life in Moldova and died in Israel. His photographic self-portraits were accidentally found in Moldova. These are 16 photographs, each one with a date and location stamp. The only thing that is certain is that the photographs were taken on 4 November 1933 in a photo booth at 11 Andrzeja Street in Łódź.

The first photo booths appeared in Paris in 1928, so the one in Łódź had to be one of the earliest machines installed. The photo booth was mainly used to deliver standard passport photos, but on that occasion it became a means of spontaneous artistic expression that allowed Shleoma Rotenberg to show his ironic attitude to himself and the surrounding world.

Fotofestiwal 2013 > Exhibitions > I ARTIST. Everyone is an artist > Archives and Amateurs > Photo Booth 1933
Coding by: Osten