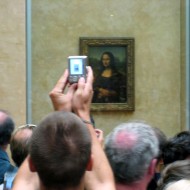 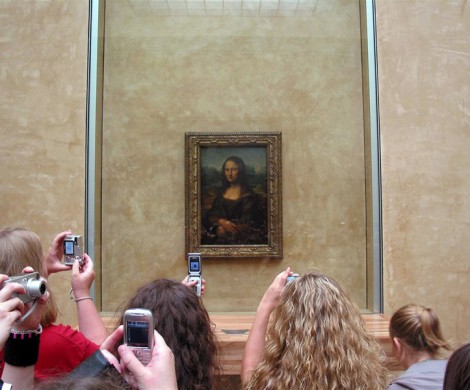 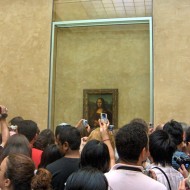 Mona Lisa in the age of the mobile phone

A photo-based installation exploring the status of the work of art in the age of digital photography, mobile phones, and online photo hosting. The world’s most popular and most photographed painting is in the center of attention.

Joachim Schmid is a Berlin based artist who has worked with found photography since the early 1980s. He began his career as a freelance critic and the publisher of the German magazine Fotokritik. In 1987 he focused on his own art production, based primarily on found photography and public image sources. Living near one of the largest flea markets in Berlin, he had already amassed a rich, deep, and varied collection of vernacular photography which formed the raw material for many of his works. In recent years, his practise has taken him to the Internet to create provocative works that reflect the future of photography in a networked, global culture. Joachim’s work has been exhibited internationally. and is included in numerous collections. He published more than one hundred artist’s books and at the end of 2009, he founded the ABC Artists’ Books Cooperative , an international network of artists who make print-on-demand artists’ books. In 2007 Photoworks and Steidl published the comprehensive monograph Joachim Schmid Photoworks 1982–2007 on the occasion of his first retrospective exhibition.

Fotofestiwal 2013 > Exhibitions > I ARTIST. Everyone is an artist > Transcendent Amateur > Joachim Schmid
Coding by: Osten