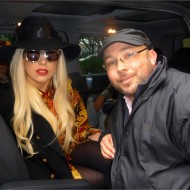 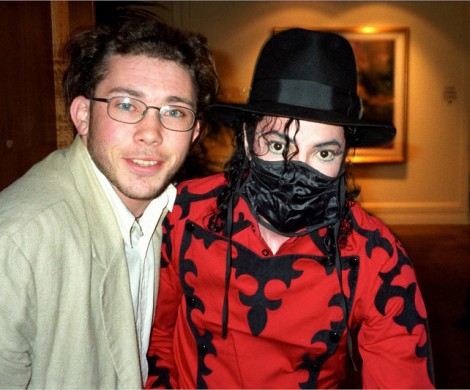 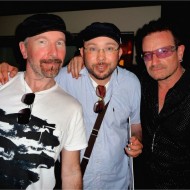 “Richard Simpkin’s work is a true revelation. Obsessively having his photo taken with the celebrities of the world, he shows them almost to be puppets in his own game of charades. Knowing how difficult it is to get access to celebrities in this day and age, it is an awesome achievement, and turns his whole game into a compelling piece of art.” Martin Parr 2012.

Richard, has been examining our ever-evolving celebrity culture for twenty five consecutive years. He started his fascinating journey as a hobby in the 80’s, he was 11. He used to wait with friends after the football matches for the players to ask for their autographs. He was fifteen when he started meeting international celebrities and in 1989 he started to take photos. The first real international celebrity that he got his photo taken with was Sammy Davis Jr.

What began for Simpkin as an adolescent urge to photograph himself with celebrities developed into a lifelong project that has resulted in a vast collection of over 2,000 images, a wealth of anecdotes and a unique, multi-faceted self-portrait. As the series progresses and Simpkin matures against a backdrop of a changing world, we get to see some of the world’s most recognisable celebrities spontaneously posing, revealing something of what lies behind their highly controlled public images.

“I don’t have much interest in celebrities at all – says Richard – I don’t read celebrity magazines or go onto websites, I don’t care what they do in their private lives, the reason why I go out & get my photo taken with them is so I can continue to grow my exhibition, half the people that I get my photo with these days I don’t even know who they are but I know I have to get them because they are good for my exhibition”.

Richard Simpkin is an Australian photographer, artist and author. Since the age of fifteen Richard has been meeting and photographing celebrities for his project; Richard & Famous. The exhibition has been shown in Australia, Lithuania, the UK, Spain. Richard has featured in numerous publications such as; The Guardian (UK), Marie Clare (Sth Africa) Lens Magazine (China) Autograph Magazine (USA) & The Daily Telegraph (Australia). He is also the author of two best selling books & was a finalist in the Australian Photographic Portrait Prize (2004). He is currently working on a documentary about Celebrities & Fans.

Fotofestiwal 2013 > Exhibitions > I ARTIST. Everyone is an artist > Transcendent Amateur > Richard Simpkin
Coding by: Osten