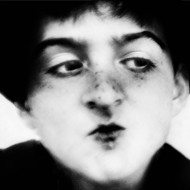 Lipadusa is a project about the identity of Lampedusa. The island, in spite of itself, has become synonymous of migration, tragedies at sea, despair and misery. This exhibition instead presents Lampedusa’s most authentic and timeless character. The photographs by Calogero Cammalleri, student at Fabrica tell us about the singularity of Lampedusa. Geographically closer to Africa, but politically still Italian, Lampedusa lives a dimension of being not only an isolated island but also a sort of confinement or border, a place of dreams and loneliness. The photographs on display depict the flow of life in Lampedusa: fishermen, children, animals, impressions, dreams, moments captured in black and white and sometimes blurry, in a transfiguration of reality that becomes indefinite. Calogero became a familiar presence for the islanders, enabling him to overcome the initial distrust of those who have seen too many video cameras and photographers in search of a scoop. Calogero is himself a returning emigrant : after leaving Sicily at the age of three with his family for Germany, he returned to his homeland after seventeen years, in search of his origins.