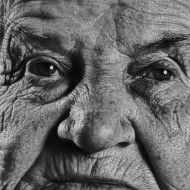 “An ocean of extermination and inhuman life. To escape out of this whirlpool, the abbys of memories…” On 10th February 1940 repressions by the USSR were undertaken on Polish lands against Poles and Polish citizens. They were a consequence of military agression and the agreement on borders and German-Soviet friendship of September 1939. Inhabitants of the Polish State were subjected to many years of repression and around 2 million people were exiled into the USSR, 25% of whom were children. The goals of the deportation were extermination of the political and economic elites as well as ethnic cleansings. In the name of the law it was stated that according to the new authorities there were no innocent people among the deported. Because of the destruction caused by the Soviet sercret police NKVD, the actual amount of the exiled is hard to estimate. Here are the testimonies of adults who survived the atrocities of exile in their childchood . “This Syberia, one carries within oneself…”.