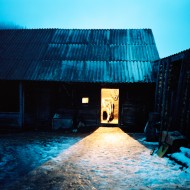 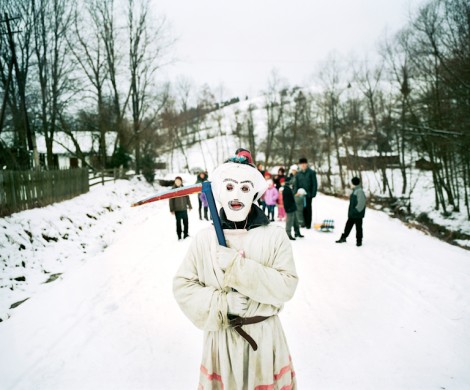 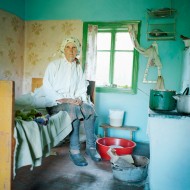 I grew up in a big city, and perhaps that was the reason why I was always intrigued by a small community life in the countryside. A certain Boiko village in the Ukrainian Carpathian Mountains became the place where my ideas about idyllic, rural life were realised. What I searched for within the space of three years was the ambience and motifs which reminded me of the fairy tales that I had heard as a child growing up in neighbouring Poland, where the photographed village lay before the war.

The European culture has common rural roots, but they are less and less accessible to us, and we become less aware of them. Also, it is rather rare that we happen to see them in such a full, even archetypal form, as in the Carpathians. We live in the times when the symbolic date when more people in the world live in the city than in the countryside and our contact with rural reality systematically diminishes has passed.

In our thinking we become rational, logical and technological. We deny the rural way of thinking which quite differently explains cause and effect relations, where the events in the first place have magical causes, thoughts have causative power, white magic confronts black magic and good struggles evil. The echoes of this world can now be find only in fairy tales – beautiful and dangerous, which the children apparently still need, but which are less and less understandable and told.

Meeting will be held in Polish.