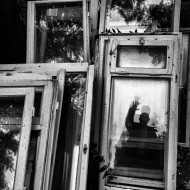 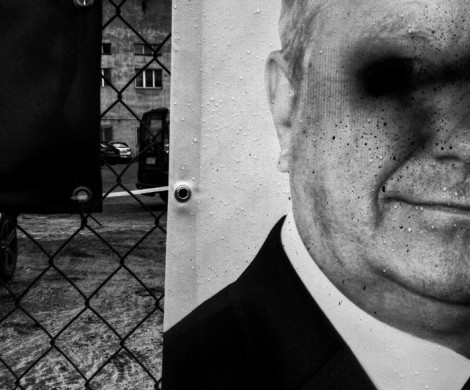 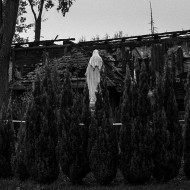 Dima received his Master of Fine Arts degree with honors from the Rhode Island School of Design in 2012. He obtained his first degree in Kiev, Ukraine in 2000 as a Director of Photography in Motion Picture Imaging.

Dima has worked as a documentary photographer since 1998. He collaborated with major publications and news agencies such as Associated Press, Bloomberg News and Agence France-Presse. He has also worked on multiple projects around the globe, including collaborations with Doctors Without Borders and the United Nations Population Fund and numerous recent embeds with the US Army in Afghanistan. Dima’s work has appeared in a variety of international publications, including New York Times, Stern, Paris Match and Time.

Since 2009 Dima has been exploring the American war in Afghanistan through video installation, photography, appropriated imagery and data visualization.

Dima’s first book “Inshallah” has been published by Kehrer Verlag in June of 2015.

A friend told me once that Lodz is the Polish Donetsk. This statement carried such heavy stigma that I kept looking for signs of aggression, depression, and decay — the characteristics associated in my mind with the “capital” of the separatist enclave. Propaganda poisons the mind: despite having never visited Lodz before and knowing nothing about its history and people, this phrase started to shape my perception of the city as I tried to find confirmation to my bias.

This project consists of photographs made on location in Lodz along with appropriated and re-purposed imagery and quotations from various news sources, combined into fictional text.

The goal of this project was to introduce the public to one of the most devastating  weapons of our day: the so called “hybrid warfare.” Wikipedia defines it as “a military strategy that blends conventional warfare, irregular warfare, and cyberwarfare. By combining kinetic operations with subversive efforts, the aggressor intends to avoid attribution or retribution”.

It is no longer crude, Goebels-like propaganda, it is a totally distorted, alternative reality imposed on the public via all available means of communication. It is believable, convincing, and incredibly toxic.

Russia has been using an advanced form of hybrid warfare in Ukraine since early 2014. It relies heavily on an element of information warfare that the Russians call “reflexive control.”  Reflexive control is a perception management strategy that shapes the adversary’s and the global attitudes toward one’s actions in an advantages manner.

Moscow has used this technique skillfully to persuade the U.S. and its European allies to remain largely passive in the face of Russia’s efforts to disrupt and dismantle Ukraine through military and non-military means.

Now, I set a stage for a dystopian scenario in Poland.

“Discontent with the chaos that engulfed Europe has been brewing for a while: from the Greek financial crisis to the Russian menace and overwhelming influx of culturally and religiously alien migrants from the Middle East, dramatically shook the confidence in the future of the Poles, and caused them to vote for the right-wing politicians. However, first steps of the new, ultra-conservative government in Warsaw were deeply unpopular, did not significantly influence the situation, and led to a wave of protests that engulfed Poland.

Citizens of Lodz took to the streets and gathered at the city’s Freedom Square for a spontaneous protest on October 13, 2015. Their main demand was to stop the uncontrolled influx of migrants and to call for resignation of the Polish prime minister. After two days of peaceful protests, the government used brutal force to disperse the crowd, resulting in numerous arrests and serious injuries. After one of the injured students died, the protesters started to hurl Molotov cocktails at the police.

Shortly after, heavy censorship crushed the press, while the 24/7 official propaganda painted a rosy picture for the rest of the country. Numerous road blocks were set up by the security forces on all roads to Lodz, and waves of mass arrests swept the city. A special permit had to be obtained to travel to and from what had become known as the ATO (Anti-Terrorist Operation) zone.

Russia unofficially started to issue its passports to the Russian speakers, and the residents of Lodz enlisted en-masse into the newly formed Self Defense paramilitary units. People’s Republic of Lodz was formed in November, declaring its independence from Warsaw, and was swiftly recognized by Russia, who also provided heavy media and military support to the separatists.

Polish government used its army to crush the rebellion, which by that point transformed into the movement for autonomy of the Lodz region from Poland. By the end of 2015, radicals in Lodz started an armed rebellion that lasts to this day. Leaders of the liberal protest were soon marginalized or abducted by pro-Russian agents of influence and operatives, who leaked into Poland through the porous border with Ukraine, which was completely engulfed in chaos by then.

Peaceful, but brutally suppressed, demonstration evolved into an armed conflict with Russia. Polish government still refuses to call it a war due to the fear of loosing the European Union membership and its subsidies that serve as the only life support for the struggling former Soviet satellite. The slowly disintegrating EU could no longer enforce the Article 5 of the NATO code and protect Poland from Putin’s aggression, while the United States was unwilling to get its hands dirty after two disastrous wars in the Middle East.

Attacks in Cologne, carnage in Paris and Brussels, constant threat from ISIS and Russia – all of this multiplied by the inability of the security services to control the situation, instilled fear in once comfortably numb Europe.

Heavy fighting and the use of artillery turned once sprawling Lodz to ruins. The exact number of the dead is unknown. A shaky truce, sometimes interrupted by skirmishes, has been established during the Minsk negotiations between Poland, Russia, and representatives of the self-declared LNR. Lodz has been transformed into the ‘gray zone’, controlled by the armed militias and serving as a hub for contraband, drugs, and illegal weapons.”