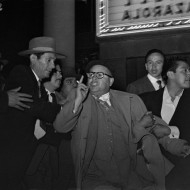 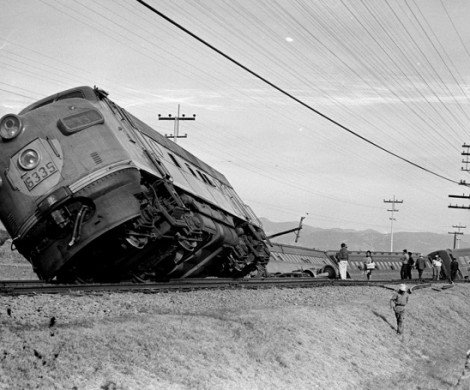 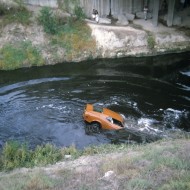 THE MAN WHO SAW TOO MUCH

The Man Who Saw Too Much
“El Niño” Enrique Metinides

Enrique Metinides was born in 1934 in Mexico City. As a small child, he began photographing and collecting pictures of accidents and car wrecks. With no formal education, his interest in photography grew from his passion for gangster movies of the forties and film-noir.

While covering a story he would recall scenes from the movies and work to recreate similar scenarios in a real world. He achieved a unique photographic style, often working from a high vantage point or using a wide-angle lens in order to capture an entire event in a single frame. Often his images included the spectators as well as the accident.  Metinides is a consummate storyteller, his photographs elegantly composed and far less graphic than those published in today’s tabloids.

Looking at his photographs, we see how daily life in Mexico City changed from the 1940’s to the 1980’s, the population, the type of accidents, and the dramas of a growing megalopolis.

Not satisfied in only taking pictures; the Red Cross was part of Metinides world, often he would put down his camera to assist the injured and his colleagues. He invented the code system that is still used by emergency workers throughout Mexico today.

For over fifty years, Metinides work was published in La Prensa, Zocalo, Crimen and Alarma, yet rarely were his photographs published outside Mexico. It is only in recent years that his images have been seen internationally, but in museums and galleries, not newspapers, from France, Germany, the United States, Holland, Spain, England, and Poland, with books published in three languages as well as a feature documentary completed in 2015.

Now retired from the street, Metinides continues to photograph, creating fictional accidents combining old photographs with toys from his collection. Every morning he buys newspapers and uses them to create albums of both local and international news. The man who saw too much and yet at eighty-two a man who still, today cannot stop looking!

“I published my first photograph when I was 11 years old in La Prensa It’s how I got my name, “El Niño”. I used a Brownie Junior box camera, I had no formal photo-education at all. I learnt on the street from other photographers who I worked with. I think the biggest influence on my work has always been American movies, especially early gangster movies. The street where we lived, San Juan de Letrán had a lot of cinemas. As a boy I would go and sit close to the screen and take photos of the movies. Later, when I was photographing an accident I sometimes wondered if I was here in the city or I had entered the screen in one of those films.

I have seen everything, bus crashes, plane crashes, car crashes, cars with buses, cars and trains, bicycle accidents and ambulance accidents. I have been at the crime scenes of murders, crimes of passion, assassinations and robberies. I have seen shootings, hangings and stabbings. I have seen fires and explosions and all kinds of disasters, man made and natural. In the movies, whenever there was a shooting or an accident the scene would be filled with extras looking on. So I copied that in my photographs, People love to watch, it’s both curiosity and entertainment. People enjoy spectacle, gossip and drama!  That’s why action movies are so popular!  Even today, a good accident, brings out the people… This is what sells newspapers and it is why people enjoy looking at my photographs “

Fotofestiwal 2016 > EXHIBITIONS > HIT THE ROAD > THE MAN WHO SAW TOO MUCH
Coding by: Osten