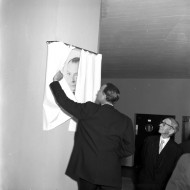 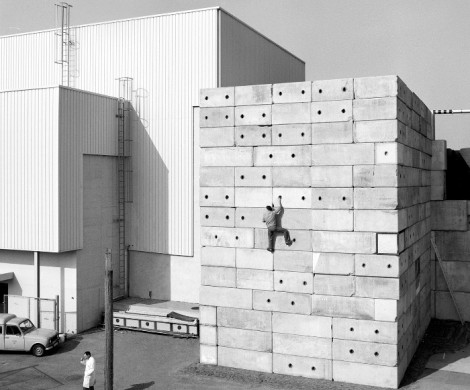 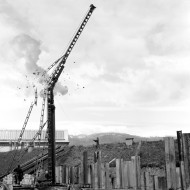 Wolfgang Ernst Pauli, one of the founders of quantum physics, was nicknamed the “Conscience of Physics”. But he was also known among his peers for something a bit less “scientific”.

Legend says that when Pauli entered a room, experiences would fail and machinery would break down. His colleagues jokingly called this phenomenon “The Pauli Effect”.

CERN recently released their photo archive spanning thirty years of cutting edge research. Even though Pauli died shortly before this archive started his presence still lingers; on a bust, a blackboard, a portrait, a book. This series is a semi-fiction where the Pauli Effect continues to haunt everyday life at CERN.

These photos are sometimes real, sometimes completely fabricated. The observer is actor in fixing what is science and what is myth.
David Fathi born in 1985, lives and works in Paris. After completing a Master’s degree in Computer Science, David Fathi starts an artistic practice alongside a career in IT engineering. This twin career shows up in his photographic work as a passion for science and the limits of knowledge.