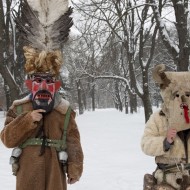 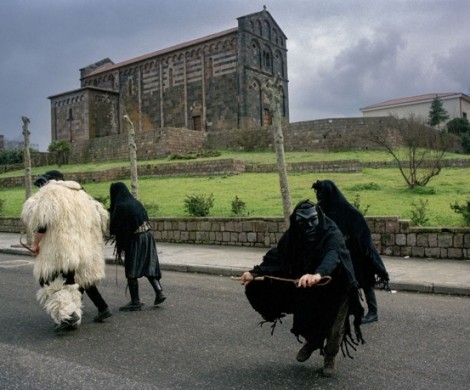 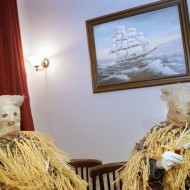 A documentary photo and videographer from Amsterdam, The Netherlands, Spoelstra graduated from Gerrit Rietveld Academy before working as a freelance photographer for Dutch daily papers and magazines such as Trouw and NRC Handelsblad. While beginning as a photojournalist, he found himself drawn to long term projects based on themes he could invest himself in. These projects include the two photobooks; Boat People Of Amsterdam (2013) and Devils & Angels, Ritual Feasts in Europe (2014). But also The Devil of Ameland: his first feature for the Dutch and Belgian National Geographic. Multimedia is one medium he is currently exploring, in addition to photography. So far he has made several short films which have been exhibited and delivered via a specially designed usb thumb drive. Currently he is regularly exhibiting in The Netherlands and abroad.

The images selected for inclusion in Hit the Road are taken from Spoelstra’s recent book. The cultures and communities he documents are European, but they are as foreign to the experience of the modern city dweller as those of any corner of the world. When travel is about learning unfamiliar cultures, the travel may be about time as well as space. These rituals, costumes and practices, while appearing exotic and strange to most of us, are deeply embedded in the lives of people we could easily know. Spoelstra’s rich and colorful documents show a vibrant and persistent reality.