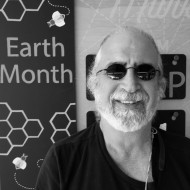 Joseph Tamargo is a Cuban American photographer born in New York who has been photographing since the 1970s. He has an M.F.A. degree in Photography from the University of Miami and since 1986 he has taught and directed the photography program at Miami Dade College Wolfson Campus. In 1999 he received a Fulbright to teach and research Chilean street photography in Santiago, Chile. From 2001 to 2014 he systematically photographed sections of Valparaiso, Chile. He documented the thirteen hills that make up Chile’s second largest seaport, amassing over 40,000 images, the largest archive of the city done to date on film. As a photographer, he uses a documentary style that employs an irony of image making that speaks to the transition of place.

From 1990 to 1993 he was president of Photogroup, a non-profit organization that advanced fine art photography in South Florida where he lives. He has also been very active since 1990 in showing the work of Cuban photographers living in Cuba, bringing their work to be exhibited and the photographers to lecture at Miami Dade College.