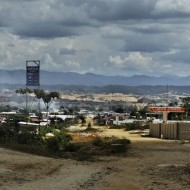 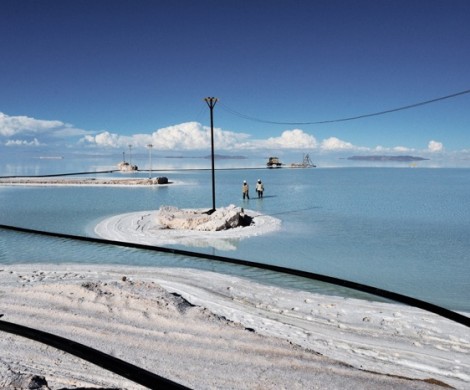 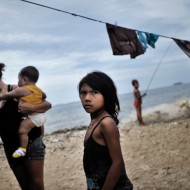 Kadir van Lohuizen has covered conflicts in Africa and elsewhere, but is probably best known for his long-term projects on the seven rivers of the world, the diamond industry and migration in the Americas.

Before Kadir became a photographer he was a sailor and started a shelter for homeless and drug addicts in Holland. He was also an activist in the Dutch squatter movement. He started to work as a professional freelance photojournalist in 1988 covering the Intifada. In the years following, he worked in many conflict areas in Africa, such as Angola, Sierra Leone, Mozambique, Liberia and the DR of Congo. From 1990 to 1994 he covered the transition in South Africa from apartheid to democracy. After the collapse of the Soviet Union, Kadir covered social issues in different corners of the former empire. He also went to North Korea and Mongolia. In 1997 he embarked on a big project to travel along the seven rivers of the world, from source to mouth, covering daily life along these lifelines. The project resulted in the book “Rivers” and “Aderen” (Mets & Schilt). Kadir has received numerous prizes and awards in photojournalism. In 2000 and 2002 Kadir was a jury member of the World Press Photo contest and is currently on the supervisory board of the World Press Photo foundation. In 2004 he went back to Angola, Sierra Leone and the DR of Congo to portray the diamond industry, following the diamonds from the mines to the consumer markets in the western world. The exhibitions that resulted from this project were not only shown in Europe and the USA, but also in the mining areas of Congo, Angola and Sierra Leone. The photobook “Diamond Matters, the diamond industry” was published by Mets & Schilt (Holland), Dewi Lewis (UK) and Umbrage editions (USA) and awarded the prestigious Dutch Dick Scherpenzeel Prize for best reporting on the developing world. The project was also recognized with a World Press Photo Award.

In that same year, Kadir initiated a photo project together with Stanley Greene and six other photographers on the issue of violence against women in the world. In 2006 he launched a magazine called Katrina – An Unnatural Disaster, The Issue # 1, in collaboration with Stanley Greene, Thomas Dworzak and Paolo Pellegrin with an essay by Jon Lee Anderson. After hurricane Katrina destroyed New Orleans, he has made several trips to the USA to document the aftermath of the storm. In the summer of 2010, to mark the fifth commemoration of Hurricane Katrina, Kadir exhibited images of Katrina’s devastation and the aftermath in a truck-exhibition that drove from Houston to New Orleans, a project in collaboration with Stanley Greene. From 2011 to 2012, Kadir created Via PanAm; a striking visual investigation on migration in the Americas. In 12-months, he travelled along the Pan American Highway from Terra del Fuego in Patagonia to Deadhorse in Northern Alaska. Via PanAm is a unique social documentary multimedia project, which was originally made as an interactive application for the iPad. In 2013 Via PanAm was also made into a travelling interactive multimedia based exhibition and installation. With the publication of a book at the end of 2013 the project successfully came to an end having experimented with all possible publication outlets for photography today. Kadir is a frequent lecturer and photography teacher; he’s a member and co-founder of NOOR picture agency and foundation and is based in Amsterdam.

Via PanAm is a multi-year, multi-platform project by Dutch photojournalist Kadir van Lohuizen. Van Lohuisen followed the Pan American Highway from Tierra del Fuego in Southern Chile to Prudhoe Bay, northern Alaska, over more than 25,000km and through 15 countries. The project’s core theme is travel itself, depicting two linked continents shaped both in the past and in the present by colonialism and migration, including the forced migration of millions of enslaved Africans. The story is told through a sophisticated multi-screen projection featuring hundreds of still photographs, video and sound to construct an experience that both informs and engages, creating an immersive experience that in its glimpses, fragments and surprising juxtapositions resembles a half-remembered journey.