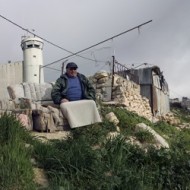 Leistner is a politically and socially engaged photo-based artist and documentarian. Her photography practice is an engagement in living and being among fellow humans in the world, of going out and photographing first hand, even if this has sometimes meant going into the line of fire in wartime. She is represented by The Stephen Bulger Gallery in Toronto. In 2014, she published her first sole-authored book, “Looking for Marshall McLuhan in Afghanistan”—an interdisciplinary work about photography, language, technology and war—solidifying her reputation as a practitioner-theorist to be reckoned with.

Her photography career hit its stride when she moved to Cambodia in 1997 to become a photojournalist. She had an MA in comparative literature in French and English and a lucrative career in the film industry as a lighting specialist and stills photographer, but she was driven by photography’s power to effect change and wanted to be a witness to history. She spent the next fifteen years traveling to the world’s hot spots, winning awards and a reputation for intrepidness. She took some of the first photographs of Iraqi detainees in 2003 when the American government was still denying there was an insurgency afoot. In 2004, along with her good friend Adnan Kahn, she was detained and threatened with death by Saddam Fedayeen rebels—the seeds of what would later call itself ISIL.

When I went to Lebanon in the summer of 2006 to witness the Hezbollah-Israel War, I had no idea what kinds of photographs I was going to make. As a freelancer and a politically engaged artist, part of my responsibility is to fill in the gaps not covered by news photographers. These series of portraits and landscapes began as a way to simultaneously show context and personality. Inspired by the writings of Emmanuel Levinas and Ryszard Kapuściński, I wanted to meet others to try and understand what differentiated the conflict on different sides of borders. It may sound overly optimistic of me to say, but it was not all that different meeting people in Lebanon, Israel and Palestine. I made friends everywhere I went and talked to people who longed for security, autonomy and the basics of life. I wondered how, as an outsider, I was able to get along with almost everyone, whereas many people I met saw irreconcilable differences among themselves. This was not the rule, however, and it was when the rule of difference gave way to reconciliation and standing up for one’s so-called enemies that the human spirit shined its brightest.

Talking about and showing photographs from this region inevitably stirs up emotions and controversy. I can’t say I am sorry this particular journey in my own artistic trajectory is over. There were many challenges along the way that included being shot at and tear-gassed. But one of the biggest challenges was facing accusations of bias and political prejudice or naivety.

While I photographed each part using a different motif — bombing sites, bomb shelters and surveillance (security) — they are also recurring leitmotifs that apply to all three geo-political landscapes. Visual art is not as complex as the real world. It is an effort to create order so that a story can be told. Without some kind of imposed order there is no story or art at all. There will be those who are unhappy with this work, unhappy with how these people or those people are portrayed. I spent thousands of hours traveling and talking with strangers. These photographs and the short film “Miklat“ are the result of those engagements and conversations.

The three parts of the Levant Trilogy are: