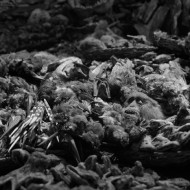 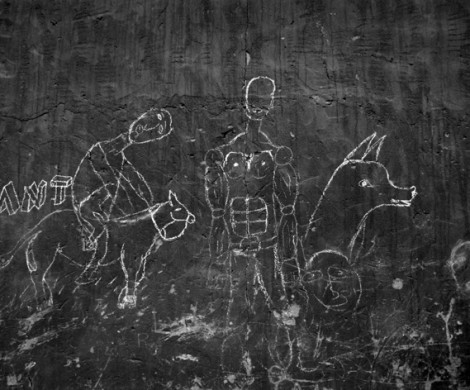 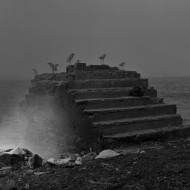 The cycle is a personal story about a journey. The images, which make up a cycle, show reality from the perspective of a Traveler, who, by penetrating the strange and incomprehensible world of Africa, tries to uncover universal truths about life, death, rebirth and transformation. The attempt to enter the invisible dimension of spirituality and immortality occurs through an exploration of images of emptiness and abandoned, neglected and ruined sites interwoven with shots of organic structures, decaying animal matter and objects of a sacred nature. Although the series is the result of the author’s fascination with original beliefs, spirituality, rituals, and worship of nature, it does not have an ethnographic aspect. The places captured in the images cannot be specifically identified, which serves to emphasize the superiority of ideas over reality. The cycle consists of almost 100 photographs, which were taken between 2005-2013, in fourteen countries of Africa. The project is accompanied by a book under the same title.

Magda Hueckel (1978) Visual artist, theatrical photographer, stage designer, traveler. Graduate of the Gdańsk Academy of Fine Arts, she studied also at VSVU in Bratislava (SK) and Schule für Gestaltung in St. Gallen (Swiss). Holder of many awards – for example the Scholarship of the Minister of Culture and National Heritage. Since 2002 she has cooperated with Tomasz Śliwiński in photography and film production. She took part in multiple exhibitions all over the world (including Tate Britain Gallery, Unseen Photo Fair, Circulations in Paris). Her works are in numerous collections of photographs and fine art. In 2013 was published her book  Anima. Images from Africa concerning spirituality of Africa.