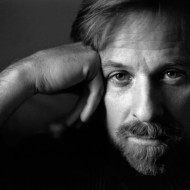 This 4 day workshop will be about finding your own unique vision of Lodz by using the camera to explore the city in a direct, spontaneous way.  Open to both serious amateurs and professionals alike, it is a workshop that will emphasize the development of your own personal way of seeing photographically.  This workshop will also be about learning how to edit your work intuitively, and also include discussions about how to take your photography to the next level.

THE DELIVERABLES
Each participant will work towards a final edit of photographs shot during their workshop assignment, which will form the basis for a group workshop projection held as part of the festival public program. In addition, one photographer will be chosen by Alex & Rebecca Webb for a special online feature and interview with the British Journal of Photography. This photographers’ work will enjoy extensive global coverage to both BJP, Magnum Photos’ and the International Festival of Photography, Lodz audiences.

THE SCHEDULE
There are two main components of this class:  the spontaneous act of photographing and intuitive editing. The workshop will begin with Alex and Rebecca, a creative team who often edit projects together (including their joint books, Violet Isle and their upcoming Memory City), who will critique each participant’s past work as a starting off point for a larger discussion about various photographic issues.

By the first afternoon, participants will be working on their first assignment, which they will choose themselves (participants will be provided with a ‘story list’ for inspiration). It may be a specific street, neighborhood, subculture, ethnic group, profession, family or individual; it could be about night life in the city or a form of transportation (buses, trains, taxis, etc.); it may be continuing work on an ongoing project in Lodz; but it must be something that you’re passionate enough to return to every day to photograph.

For the rest of the workshop, participants will convenue in the mornings and contribute to group critiques of each student’s ongoing work. Throughout the workshop, we will try to build a coherent set of images for each photographer that will begin to represent his or her photographic stance or attitude toward the city of Lodz. We will view this work as a group at the end of the workshop. Besides photographing and editing each day, there will also be print and book demonstrations and an editing exercise.  We will also touch on a variety of topics, including the process of photographing spontaneously and intuitively; how to photograph in cultures other than one’s own; the relationship between images (such as the equencing and juxtaposition of photographs); how to edit photographs intuitively; an introduction on being on press with a book; how to work with a designer on a book; the practical realities of the magazine and art worlds; the emotional and psychological implications of working in color vs. black and white; the difference between images in a book and images on the wall; and how long-term projects can evolve into books and exhibitions.

WORKSHOP TEACHERS
Alex Webb is best known for his vibrant and complex color work, especially from Latin America and the Caribbean. He has published nine books, including Istanbul: City of a Hundred Names and Violet Isle: A Duet of Photographs from Cuba (with Rebecca Norris Webb), the latter exhibited at the Museum of Fine Arts, Boston, in 2011. His ninth book, The Suffering of Light, a collection of 30 years of his color work, was published by Aperture (1st ed. spring 2013). Alex has exhibited at museums worldwide including the Whitney Museum of American Art, the High Museum of Art, Atlanta, and the Museum of Contemporary Art, San Diego. His work is in the collections of the Museum of Fine Arts, Houston, the Metropolitan Museum of Art, N.Y., and the Guggenheim Museum, N.Y. Alex became a full member of Magnum Photos in 1979. His work has appeared in National Geographic, the New York Times Magazine, Geo, and other magazines. He has received numerous awards and grants including a Hasselblad Foundation Grant in 1998 and a Guggenheim Fellowship in 2007. Alex’s 10 and 11th books — Memory City (Radius/Thames&Hudson) and Aperture’s Alex Webb and Rebecca Norris Webb on Street Photography and the Poetic Image (both with Rebecca) will also be out in June 2014.

Originally a poet, Rebecca Norris Webb has published three photography books that explore the complicated relationship between people and the natural world — The Glass Between Us, Violet Isle: A Duet of Photographs from Cuba (with Alex Webb), and My Dakota, which interweaves her text and photographs from her home state of South Dakota. My Dakota was selected as one of best photography books of 2012 by PDN, Photo-Eye, and Time. Her work has been exhibited internationally, including at the Museum of Fine Arts, Boston, and the George Eastman House. My Dakota has been exhibited at the Robert Klein Gallery, Boston, Ricco/Maresca Gallery, NYC, North Dakota Museum of Art, Grand Forks, N.D., and the Southeast Museum of Photography, Daytona Beach, FL. Her work has appeared in Time, The New Yorker, The New York Review of Books, National Geographic, and Le Monde Magazine. Her second joint book with Alex, Memory City, will be published in June 2014 (Radius Books), as well as their joint Aperture book, Alex Webb & Rebecca Norris Webb: On Street Photography and the Poetic Image.

ADDITIONAL INFORMATION
Refunds will only be available if notifed within 2 weeks of the workshop start date. Magnum reserves the right to amend the details where appropriate. In case of cancellation participants will be offered a full refund.