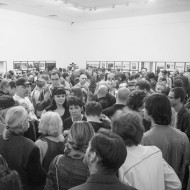 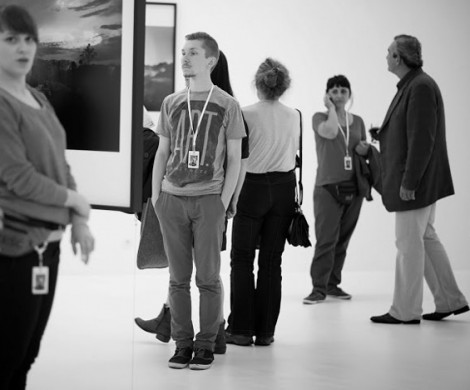 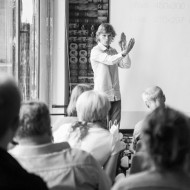 Fotofestiwal was born in 2001 as one of the first photography events in Poland. Since then, both photography and the ways of organising cultural events have changed. Fotofestiwal has always been up to date with these changes. It is intended as a space for various forms of photography and a forum for discussion on art and society, but also as a search for alternative methods of talking about photography and presenting it.

The festival is held annually in May. Since the very beginning, it has been meant as a place for meetings and exchanging ideas. The festival was launched as an initiative of students and teachers of sociology and this has always influenced its character. Among the different forms and types of photography the humanist and social aspects of the exhibited works have always played an important role.

Throughout the years, we have come up with a fixed format focused around the Main Programme – curator exhibitions which at the same time provide the main theme for each edition. Cooperation with a group of top world experts has brought different perspectives on photography and the work of a curator:

Apart from curators’ interpretations, we show exhibitions of works by young artists whose works are rarely presented in Poland. At first, they constituted an Open Programme, which in 2008 changed into a competition and came to be called the Grand Prix Programme. One of the most distinctive programme elements is a review of photography schools – Factory of Photography. The exhibition makes it possible to compare the achievements of various departments and schools. Both exhibitions accelerated the careers of many young artists and made it possible for the audience to follow the latest international photography trends. Most of the galleries and museums in Łódź cooperate in organising the festival. As a result, every year over 30 photo presentations can be seen around the city. The festival exhibitions have already presented numerous classics (e.g. Andre Kertesz), contemporary stars of world photography (e.g. Nadav Kander, Aleksiej Titarenko and Larry Fink) as well as Polish masters (including Jerzy Lewczyński, Zofia Rydet, Józef Robakowski and Łódź Kaliska). We also showed the works by artists from the young generation, among others Anna Fabricius, Rafał Milach, Simon Roberts, Naomi Harris, Kuba Dąbrowski, Nathalie Doust, Martin Kollar.

The rich choice of festival exhibitions is complemented by meetings with authors, workshops for amateur as well as professional photographers and for children, lectures and photo-walks. Professionals are also the target group of the portfolio review, held since 2006. Every year, international experts are invited to Łódź to share their knowledge and experience. They also establish contacts with young photographers from Central Europe, who come for the review.

The unique character of the festival is ensured by its diversified programme as well as the festival centre which serves as the main venue of exhibitions and events. It is a genuine meeting place, where one can talk, share experiences, and meet artists, curators and organisers of the festival.

From its inception, Fotofestiwal has been meant as an element of the city’s distinctive industrial space. Łódź fires the imagination, creates great opportunities and encourages a creative approach to an exhibition space and ways of presenting photos. Old factories, villas, tenement buildings and mansions of factory owners have always been crucial components of the festival’s landscape.

As we opened the fourth Fotofestiwal (2006), we also launched Łódź Art Center – from then on the headquarter of the festival and other events. It is located at 3 Tymienieckiego Street, in a 19th- century factory complex, a part of the former empire of Łódź’s industrialist Karol Scheibler and the Uniontex plant. In 2011, a revitalisation project of this area was initiated, to be completed by 2014.

The main organiser of Fotofestiwal is the Foundation of Visual Education which has been cooperating with Łódź Art Center, Art Factory and the City of Łódź Office for a number of years. The organisers have also created the Photo Festival Union – an association that brings together European photography festivals, and the festival itself is a member of the Festival of Light – a similar association operating globally.