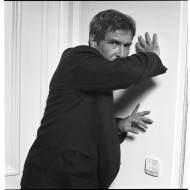 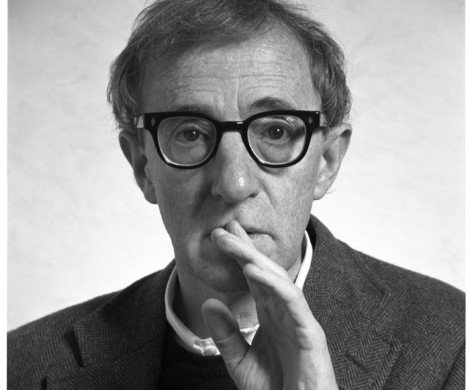 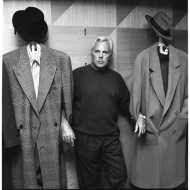 When a photo is more than a picutre, when the viewer not just looks at it but instead gets inspired by it, then it is a photo by Volker Hinz. For almost four decades his photographs shaped the visual language of the most important weekly magazine “Stern” in Germany.

With his simultaneously restrained yet close look Volker Hinz portrays politicians as well as artists, stars and ordinary people alike and culminate in a remarkable visual chronicle of his time. Born in 1947 in Hamburg, Germany, Hinz learned to deal with a camera during his military service. From there he made his path into the photographic world by working freelance for daily newspapers and magazines. Hinz turned into a household name from early on of his career, because out of a “close look” he made a “very close look.”

Only 24 years of age, he became head of a photo agency in Bonn, the then capital of the Federal Repulic of Germany. Three years later he joint the Stern as a staffer. After another three years he left for New York, from where he covered the United States and South America for eight years. Here his body of work became internationally known and respected. “The image is the story, otherwise it’s not a good picture” – this rough wise saying finds evidence in the work of Volker Hinz. The naked soccer players Beckenbauer and Pelé under the shower, Woody Allen ordering himself to be quiet, a rarely shy Muhammad Ali trying to make a late comeback, the author William S. Burroughs with a pistol in his hand or the film director Federico Fellini with the double eyes on his head – this are not picutres but stories, which Volker Hinz can tell in a click of his camera. It is not the story of exposure time, wide agles or rolls of film, but the story of delicateness. “The photo-reportage”, Henri Cartier-Bresson once said, “requires a collaboration of intellect, mind and heart,” just delicateness. This feeling for the right moment makes Hinz’ photographs one of its kind.