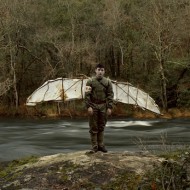 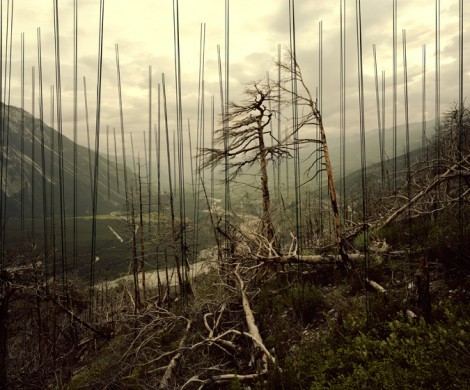 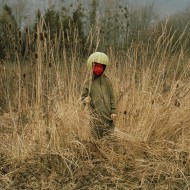 My name is David Takashi Favrod. I was born on the 2nd of July 1982 in Kobe, of a Japanese mother and a Swiss father. When I was 6 months old, my parents decided to come and live in Switzerland. I was mainly brought up by my mother who taught me her principles and her culture. When I was 18, I asked for double nationality at the Japanese embassy, but they refused.

It is from this feeling of rejection and also from a desire to prove that I am as Japanese as I am Swiss that this work was created. “Gaijin” is a fictional recital, a tool for my quest for identity, where auto-portraits imply an intimate and solitary relationship that I have with myself.

The aim of this work is to create “my own Japan”, in Switzerland, from memories of my journeys when I was small, my mother’s stories, popular and traditional culture and my grandparents war recitals. This work represents my compulsion to build and shape my own memory. To reconstitute some facts I haven’t experienced myself, but have unconsciously influenced me while growing up.

My grandparents witnessed the war; survivors who finally passed away and whose memories will soon be a part of history. Only once did we speak about their experiences. I use their stories as source of inspiration for my own testimony.

David Favrod (1982, Japan) is a Swiss-Japanese photographer, living and working in Switzerland. He graduated from École cantonale d’art de Lausanne with a master’s degree in art direction and a bachelor’s degree in photography. He has won the Aperture Portfolio Prize, the Work in Progress Award at Les recontres del la Photographie in Arles, France in 2009, and has been included in reGeneration 2, a book and touring exhibition showcasing emerging photographers. He has had solo and group exhibitions around the globe, including: Center for Contemporary Art (CCA), Santa Fe, USA (2013), La Petite Poule Noire Gallery, Paris, France (2013) or Aperture Foundation, New-York, USA (2011). www.davidfavrod.com