In 2008, Nagorno-Karabakh’s de facto government introduced the Birth Encouragement Program, which distributes cash payments to newlyweds for each baby born, with the aim of repopulating the region after the devastating 1991-1994 war. The conflict started when the Soviet Union collapsed. Nagorno-Karabakh’s ethnic Armenians went to war with Azerbaijan, backed by neighboring Armenia. The war left 65,000 ethnic Armenians and a further 40,000 ethnic Azeris displaced. The Muslim Azeri population never returned, and neither did many of the Armenians who had fled. While a ceasefire was declared in 1994, there has been no peace settlement yet between Armenia and Azerbaijan.

On the Sept. 2, 2011, Nagorno-Karabakh celebrated 20 years of independence, yet remains unrecognized by the international community. Life is not easy in the republic. There is high unemployment, low salaries, few opportunities and the young continue to leave in search of better futures abroad.

Since its introduction four years ago, the Birth Encouragement Program is credited for an increased birthrate of 25.5% from 2,145 recorded births in 2007 to 2,694 in 2010. The program is administered by the Department of Social Security, which oversees the payments to married couples of approximately €575 at their wedding. They are paid €190 for the first baby born, €380 for the second, €950 for the third and €1350 for the fourth. Families with six children under the age of 18 are given a house. These payments are quite substantial in the region where the average monthly salary is €35.

The Birth Encouragement Program is clearly working and the figures are undisputable. Payments are being made efficiently and the support is accessible to everyone. Perhaps there are questions that are yet to be answered about the long-term effects of encouraging so many young women to become mothers. In a region as economically deprived as Nagorno-Karabakh, is the solution simply to increase the birth rate, without first improving education, infrastructure, employment opportunities and raising the standard of living for these future generations? Otherwise, the baby boom children may grow up to leave in search of better lives abroad, just like the youth of today. 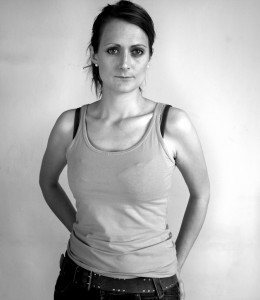 Anastasia Taylor-Lind is an English/Swedish documentary photographer who is a member of VII Photo Agency. She is based in London and works for clients such as GEO Germany, The Telegraph Magazine, The Observer Magazine, The Sunday Times Magazine, Marie Claire, ELLE France, Newsweek, Time and The New York Times.

Anastasia’s work has been exhibited internationally, in spaces such as The Saatchi Gallery, The Frontline Club, and The National Portrait Gallery in London, Fovea Exhibitions in New York.

She has received a number of photography awards, from a diverse range of organisations including a FNAC grant for photojournalism, which was presented at the Visa Pour L’Image photojournalism festival in 2011, a Canon Young Photographer award in 2010 and the Royal Photographic Society Joan Wakelin Bursary in 2009. This year Anastasia was selected to participate in the World Press Photo Joop Swart Masterclass.

Anastasia has degrees from the University of Wales Newport and the London College of Communication.