The ongoing documentary series “Unsettled” focuses, in a metaphoric way, on the idea of ‘progress’ in a case where living environment and heritage have to disappear because of industrial purposes. Within this project, this international tendency is illustrated by focusing on the Belgian village Doel and the surrounding polder area. The place is threatened by vast expansion of the Port of Antwerp (the second most important harbour in Europe) and related nature compensation plans, which creates an artificial contrast between nature and culture.

“Unsettled” illustrates this particular case in an indirect way, exceeding a pure documentary approach. It shows portraits of young inhabitants, alternated by landscapes which bare witness to the transformed state of the area. Young people contrasted with local changes symbolise the international tendency of global political and economic shifts, and the way they manifest themselves to people and their surroundings.
www.unsettled.eu

Isabelle Pateer
born in 1980 in Hulst (the Netherlands), lives in Antwerp (Belgium)
www.isabellepateer.com 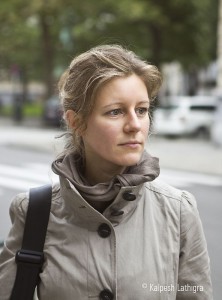 In 2003 Isabelle Pateer graduated with distinction from the Institute for Higher Education of the Visual Arts Saint Lucas, department of photography, Brussels, Belgium. She operates in a cross-over area between documentary and autonomous photography. Working predominantly on long-term projects, the photographer expresses herself in conceptual documentaries, based on topics that are close to her. By merging a local or personal level with a symbolic or metaphorical one, she addresses more universal issues and tendencies, aiming for a more subtle form of social criticism.