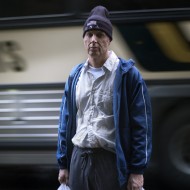 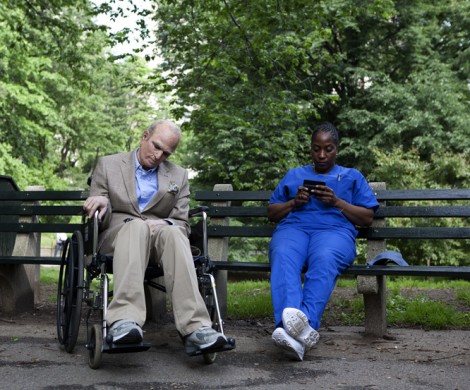 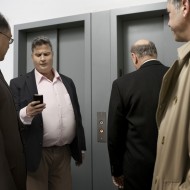 Most of my life has been lived in a golden shimmer of love and privilege. I’ve been lucky in more ways than people can imagine. And intertwined through that happy iridescent daydream, was the illusion of control. The reassuring sense of my hand firmly grasping the tiller, irrevocably guiding me towards something defined and understandable. That feeling changed abruptly, on September 5th, 2006, when my mother died. I had no idea how sharply my life would change. I thought that parents were forever, but when my mum and dad died, I realized that nothing really was. Obvious to most, but not to me. The future became frightening. A shadowed landscape, filled with uncertain paths and sudden storms. I began to wonder if I could anticipate the dark turns that lay ahead. To guess at the different directions my life might take. But rather than wait, helpless, I would confront my fears. I would see myself as an old man. I would envision failure and loneliness. I would be invisible. Unable to walk. Obese. I would suffer a stroke. I would lose myself. I would slip sideways, into the irrelevant. In some ways this work is a work of exorcism. The intangible loses its power when it becomes tangible. I called the project “Confrontations”. Photography is always about the past. The moment picture is taken; it’s behind us, in history. But this project is about the future. But how do you research the future? I took a DNA test that told me what illnesses I’m likely to get. I consulted with fortune-tellers. I researched insurance company statistics. Working with a skilled prosthetics expert, I made images based on this information. It’ll be interesting in 20 years, to look at this work, and see what came closest.

Phillip Toledano about yourself
I was born in 1968 in London, to a French Moroccan mother and an American father. I have a BA in English literature. My art education came from my father, an artist. It would be fair to say that I learned by osmosis. I am a conceptual artist: Everything starts with an idea, and the idea determines the execution. Consequently, my work varies in medium, from photography to installation, sculpture to painting. The themes of my work are primarily socio-political, although lately I’ve strayed into the deeply personal.