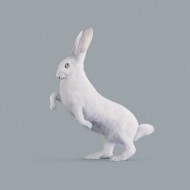 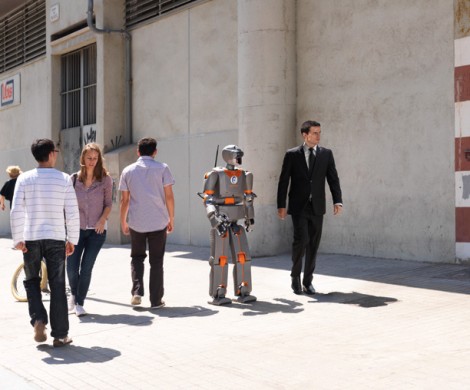 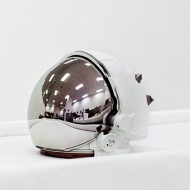 The Post Natural History project show the imaginary archives of a collection of “upcoming living species”, staged in the style of a cabinet of curiosity. With specialists in synthetic biology and cybernetic research we discuss the possibilities of how living species could evolve according to technology and changing environment. I was interested in the idea of exaggerating the present in order to create speculative fiction.

The intention is to reinterpret the idea of the ‘cabinet of curiosity’ through a journey in time, rather than through a physical space. As during the Renaissance, when strange creatures returned with the explorers of distant and unknown countries, these images show species as ‘newcomers’ from an imagined future based on current scientific research.

These creatures are simultaneously familiar and strange: we ‘know’ the rabbit, lizard or dragonfly we see, but upon closer inspection, we realise there are certain differences. For example, the ibis has metal legs to resist extreme temperatures. The dragonfly possesses a transparent glass belly in which a luminescent sensor measures the rate of pollution. Together, they surmise how humans could intervene in evolution.

Space Project is a subjective inventory of the most representative places, objects or situations regarding space exploration. I have photographed the Yuri Gagarin Cosmonaut Training Center of Star City in Russia; the Baikonour Cosmodrome in Kazakhstan; the Space Centers of the NASA in Cape Canaveral in the United States; Ariane Espace in Guiana; the observatories in the Atacama desert in Chile, in New Mexico, and in Nevada; the Mars Desert Research Station of Martian simulation in the Red Desert of Utah… As usual, it is the dream part which interests me. My images make our childhood “memories” of the future come back to life. When in 1969 we were able to see for the first time photographs of the Earth from the Moon, it was a definitive breaking point that forever modified our consciousness of ourselves and our planet.

For this serie I staged several robots humanoids in daily situations: in work, in the house, in the street, during leisure activities… Imitations of every day where the robot acts out our everyday lives in the same way as a human being. It is about speculative fictions imagined from our present. I collaborated with various Japanese robotic research laboratories. I tried to create a balance between the spectator and the robot, between a process of identification and distance. This principle is particularly visible in the movie “The Man Machine” where the situations suggest an empathy with the robot and at the same time a certain remoteness. We find this idea in the “the Uncanny Valley ” – A scientific theory of the Japanese roboticist Masahiro Mori, according to which the more a robot resembles

Vincent Fournier was born in Ouagadougou (Burkina Fasso) in 1970, but raised in Brittany (North France) Vincent Fournier has kept from his childhood the taste to explore uncommon and mysterious worlds, places where everything might be possible, imagined or recreated. His work is inspired by the combination of different forms of utopia and scientific researches. The photographs are questionning the world and playing with the perception and reality. “Observe the stars, travel in space, make life or reprogram it, see the invisible… In scientific and technological research it is always the part of dreams and of mystery which interests me. Between Jules Verne and Jacques Tati, Charles Darwin and David Cronenberg, I play with certain forms of utopia to use the fictional and wonderful potential of science. I like composing images where the sense and the non-sense mix. My photos question the world which surrounds us by creating shady, improbable, sometimes inconsistent situations, always on the border of serious history and childhood dreams”.