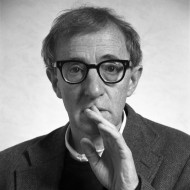 As part of the special exhibitions section we will show two extensive, retrospective exhibitions: disquieting, sombre Roger Ballen, one of the most widely exhibited photographers in the world at the moment, and Volker Hinz, photographer of major personalities of the 20th century history and showbiz. The next star of Fotofestival which belongs to the prominent photographers would be author of the most popular album covers of famous music bands – Brian Griffin.  Moreover the exhibition will include images of artists portrayed by him. Aside from that, we will present a multiply awarded project by the Russian artist, Evgenia Arbugaeva, who tells a fairy-tale story of the artist’s childhood in faraway Siberia (Leica Oskar Barnack Award 2013) and A Drama Feature Film of Polish Production by Kuba Dąbrowski, personal story about the author, his environment, friends, family, favorite movies, music and sports.