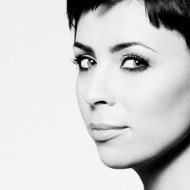 BLOW was awarded the Overall Print of the Year Award 2010 at the Irish Print Awards. It was also nominated for a LUCIE Award, honouring the greatest achievements in photography, in 2013 and 2014.

As a BLOW executive editor I am looking for photographers that are surprising and believing in the power of change. I am particulary interested in technicques that change the perception of photography as a medium and forcing reflection, carefully edited, visually consistent and endearing projects engaged in contemporary issues – both abstract and universal.