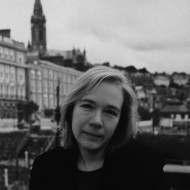 Peggy Sue Amison is Artistic Director for East Wing – a platform for photography based in Doha & Dubai, UAE. As a curator, writer, strategist, mentor and photographic consultant, Peggy Sue has collaborated with numerous emerging and established photographers, festivals and publications internationally. Before beginning her position at East Wing in 2014, Peggy Sue was Artistic Director of Sirius Arts Centre in Ireland (2001 – 2014) where she headed a multidisciplinary visual arts and residency programme. Working with a wide range of visual artists, but specifically in photography, Peggy Sue has curated exhibitions in Dubai, Ireland, Berlin, Denmark, Poland and China. She has also written for various photographic publications and artist catalogues and has produced independent photographic events. Through her different positions and projects, Peggy Sue works to create synergies between artists and professional organisations. She has been invited speaker, nominator, juror and critic at numerous meeting places for photography and contests. She has also contributed extensively to the development of the artist residency programme, PICTURE BERLIN in Germany and has been a board member and advisor for Belfast Photo Festival in Northern Ireland since 2012.

I’m interested in viewing works that are in process, or near completion, that illustrate new ways of using photography which are surprising and insightful. Although interested in some editorial works I am not so interested in commerical/advertising imagery, or nudes.